The following is an open letter we discovered, and in light of the recent events surrounding the popular Philippine tourist destination, we felt it important to publish this young mans concerns. So read on, and face the facts. Because what is (and has been) happening in Boracay is the tip of a huge iceberg.

What happened to Boracay, and other famous Philippine tourist spots that are now dumps, is simply a manifestation of Filipinos’ business prowess: Unimaginative, solely profit-driven, and a squatter mentality which aims to kill the goose that laid the golden egg.

Filipino “businessmen” will simply find the trendiest and the most lucrative business in an area and enter that, without taking into consideration that the market for such business is already over-saturated or that there are other ventures that can be explored. If a tourist spot has a booming business for lodging, you can expect that Filipino “businessmen” will flock to that industry no questions asked.

Filipino “businessmen” only care about profit. They don’t care if their establishment is violating any law(s), hence, you see numerous cases of hotels and other lodgings in Boracay violating an assortment of building codes and laws that protect our natural heritage. They have this squatter mentality which doesn’t care if they are ruining a place so long as they earn their day’s keep. Never mind even if said place is their sole source of income. It’s really similar to your regular specie of squatters in the Metro Manila who lets other people vote in their name in exchange for Php500.00. They don’t consider that their vote (if legitimate) may bring the improvement they are seeking in their lives. All they see is quick and easy money and the food they will immediately eat; “Isang kahig, isang tuka.” (One scratch, one peck)

Filipino “businessmen” usually don’t think long-term. All they have is a short-term plan which in no way takes into consideration the possibility that their businesses (or the spot they’re doing business in) will not be relevant in the future. I doubt if they even grasp the concept of contingency. This is why you rarely see businesses owned by so-called “true-blue” Filipinos thriving for generations such as those built by Chinoys (Chinese Filipinos) like Henry Sy or mestizos like the Ayalas. But if they do, it’s simply because that most of the time, they hold their consumers hostage. Take the jeepney industry for example. They didn’t last long because they are dynamic or constantly evolving. They did so by being what they are, and doing what they do, due to their emotional rhetoric that has blocked progress at every step and the severe lack of alternative competition.

Lastly, Filipino “businessmen” refuse to innovate and have an irking tendency to milk dry their sources of income without even considering sustainability. “Sulit na sulit” kumbaga. 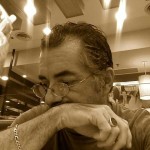